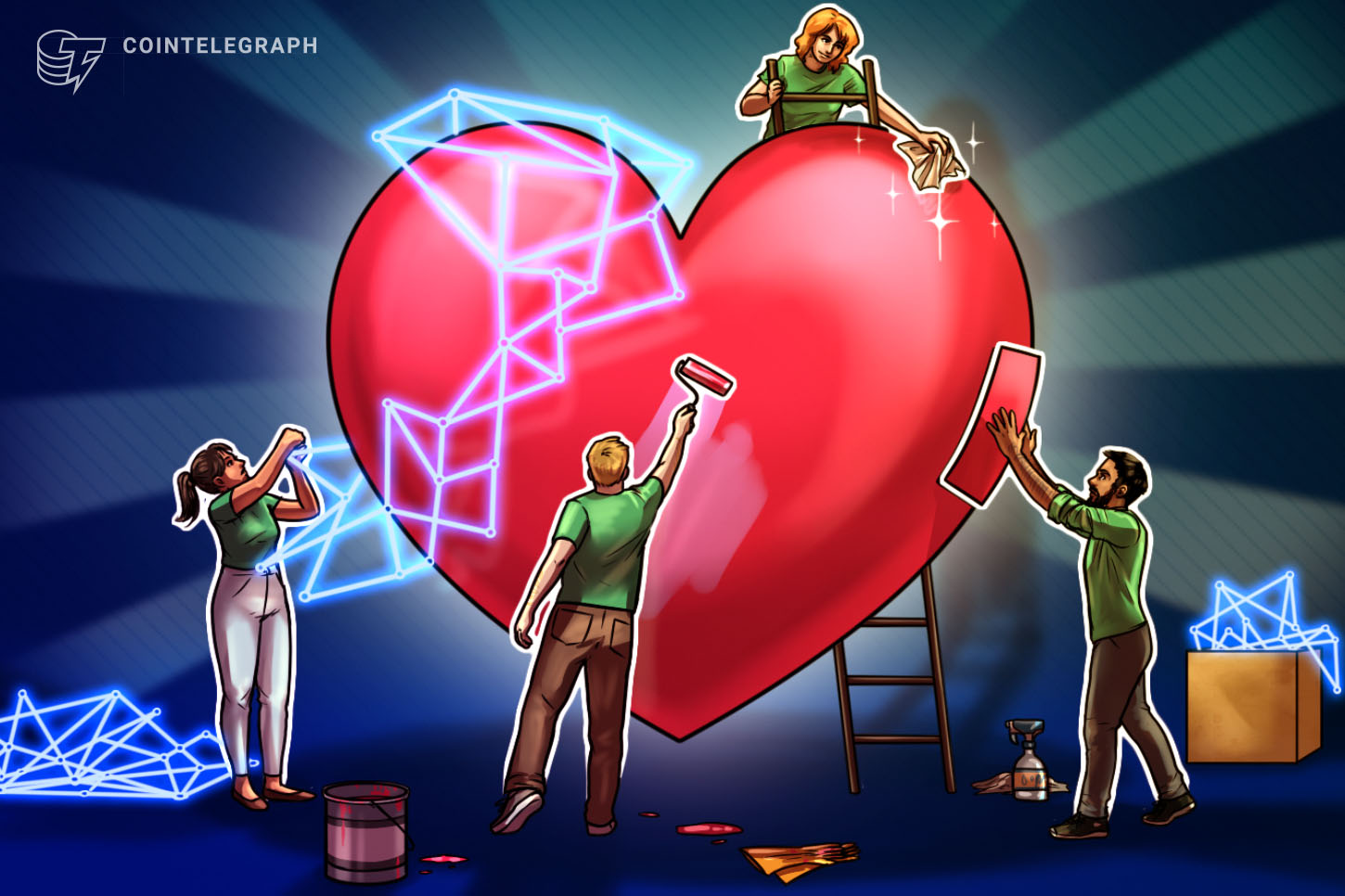 A system in which health officials would be able to track blood donations from vein-to-vein in real-time, given the complexities of the blood supply chain, may sound impossible. However, using blockchain technology to track and trace blood supply chains may turn this idea closer to reality.

The American Red Cross estimates that someone in the United States needs blood every two seconds. The organization further announced that it’s facing a severe shortage of blood, particularly that of convalescent plasma — a type of blood donation that contains antibodies collected from individuals who have recently recovered from COVID-19. It’s clear that the blood supply chain is of vital importance, yet there are a number of challenges hampering the effectiveness of these systems.

Warren Tomlin, the digital and innovation leader for Ernst & Young Canada, told Cointelegraph that the firm has been working with the nonprofit organization Canadian Blood Services on a proof-of-concept to address traceability challenges by putting blood records on a blockchain network:

“We realized how incredibly complex the blood supply chain was when we started working with Canadian Blood Services. Most people think about getting blood from donors, but what they often don’t consider is the data associated with each donation.”

According to Tomlin, numerous amounts of data is generated when blood donations are taken from donor centers and sent out to hospitals for transfusions. For instance, data from the donor is collected, along with data on the lab worker taking the blood. Equipment data and temperature data are also taken once blood samples are transferred to hospitals. Additional information is generated when blood is split into subproducts for plasma or antibody purposes. “All of this data has to be tracked accordingly to ensure that waste, shortages and other inefficiencies don’t occur,” said Tomlin.

Based on this, a supply chain management solution capable of transparently tracing blood across its entire journey could greatly benefit the million-dollar blood market. Blockchain technology may provide an ideal solution for capturing data at its source and recording it securely. Paul Brody, the global blockchain innovation leader at EY, told Cointelegraph that a challenge currently faced by many enterprises is keeping track of inputs and outputs as they move across organizational boundaries:

“Blockchain is well suited for this, as it creates digital, standardized tokens that can be treated the same across different organizations. Most enterprise systems are not good at management of assets or products. Blockchain not only standardizes a way of keeping track of things across network boundaries, but it also applies discipline and trust within a decentralized system.”

Brody noted that by leveraging the private Ethereum blockchain network supported by the EY OpsChain platform, EY has tracked donation data coming from CBS across seven key points, creating an improved audit trail for blood products. While this project is still in its very early stages, Rick Prinzen, the chief supply chain officer and vice president of donor relations of CBS, told Cointelegraph that this already represents an important advancement in healthcare:

The case for tokenization

It’s also important to note that in order for blood to be recorded and tracked across a blockchain network, it must first be tokenized. In the case of EY Canada and CBS, Tomlin explained that each time someone gives blood, a barcode is placed on the unit containing the sample. This barcode is then scanned, and its data is recorded on the private Ethereum blockchain. The tokenized unit of blood can be tracked across each point in its journey.

Although tokenization may not yet be a familiar concept in the healthcare industry, Brody explained that tokenization simply means taking anything that exists, whether real or virtual, and representing that as a digital token. “Once blood comes in from a known donor, that could be represented as a token of a single donation,” he said.

Brody elaborated that tokenization is useful for blood donations because once blood samples get processed, they may be combined with other products to create things like plasma. The goal is to keep track of the token’s origin in a standard and repeatable fashion. If done correctly, tokenizing blood could have tremendous benefits, especially when blood donations are in demand.

According to Tomlin, one benefit that may come out of the proof-of-concept is ensuring that hospitals don’t face blood shortages. For instance, tokenized blood recorded on the blockchain could help determine the inventory of blood donations in hospitals. Tomlin explained that EY Canada hopes to work with a major blood operator moving forward to apply artificial intelligence to the inventory of blood that has been processed through the blockchain: “In many countries, blood ordering still happens by fax machines. We hope that by collecting the pedigree of blood through our blockchain, hospitals can automate ordering.”

Tomlin also mentioned that the COVID-19 pandemic has created a great opportunity for this use case, as it would add another layer to the equation by ensuring that hospitals have enough blood with the antibodies required to combat the virus. “This could be especially useful for tracking antibodies for COVID,” he said.

Not alone in the quest

United Kingdom-based company BloodChain aims to do something similar. Sebastian Zaremba, the project founder and leader of BloodChain, told Cointelegraph that the company is essentially an “open social blood bank,” meaning anyone is allowed to join the BloodChain network to donate blood.

According to Zaremba, BloodChain allows individuals to securely register their blood types into a distributed blood bank capable of meeting supply and demand in real-time. AI-based applications would then be leveraged on top of the data collected on the blockchain to determine the demand for blood from certain hospitals. In turn, blood would immediately be delivered to those hospitals.

“Donation centers that are experiencing blood shortages can use Lifebank to create incentives for blood donors. By connecting community members to local businesses, donors can sign up to give blood and then receive a token in exchange. These tokens are similar to coupons, as they can be redeemed at participating local organizations.”

Although these tokens are not based on a donor’s data, they contain units of value that can be used by the donors. “We’ve been able to program these tokens in a way where donation centers can only mint one token for each donor,” explained Fernandez.

Is the healthcare industry ready to adopt blockchain technology?

Although applying blockchain could result in a more efficient and safer blood donation process, the healthcare industry may be hesitant to adopt this emerging technology. While it’s notable that the blockchain market in healthcare is expected to have reached $3.4 billion by 2025, one of the biggest challenges facing the industry is a lack of understanding of the technology.

Tomlin pointed out that education and sponsorship were the two main challenges initially facing CBS: “The technology was so new that it was hard to find sponsorship. We ended up seeing sponsorship from the CEO who wanted to embrace blockchain.” He added that the healthcare industry needs to realize the value of blockchain technology rather than focusing so much on how it works.

Brody explained that simplification and connecting that to value proposition is essential for the healthcare industry. He noted that while the era of private blockchains may have created a scenario where participants involved on a network might not have been comfortable with the amount of control from others, the barrier of entry has become much lower today:

“We need to get people comfortable enough to participate on blockchain networks. Public blockchains are appealing because they are like the internet. The Ethereum network has over 50 million users because it’s simple and there are low barriers to entry. We need to keep making it easy and cost-effective for more people to get on board in order to drive mass adoption at a network level.”

Brody further pointed out that although CBS is currently leveraging the private Ethereum network, the plan is to eventually move all its clients onto a public network: “Until recently, all the tooling for full privacy on public networks didn’t exist, which is why a lot of our implementations have been on OpsChain software running on private blockchains.”