Fuzzy.One
Home News Blockchain News Building Up a Base for Crypto: The Story of Coinbase’s Brian Armstrong 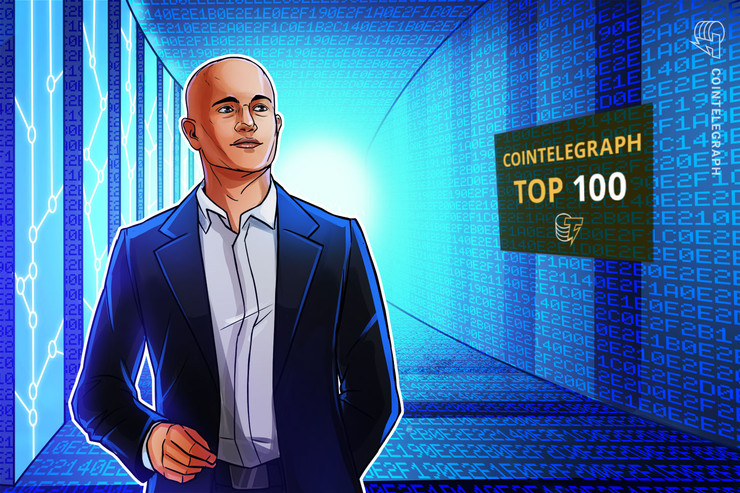 At the helm of Coinbase since founding it with Fred Ehrsam in 2012, Brian Armstrong has weathered rough storms of compliance law to operate the largest crypto exchange active in the United States.

Both Coinbase’s stature within the industry and Armstrong’s extracurricular activities moving adoption and regulation forward — particularly within the U.S. — have ensured his position in Cointelegraph’s top 10.

As the exchange is not publicly traded, evaluating it is tricky. At the end of October 2018, Coinbase announced a massive $300 million funding round that put the firm’s value at $8 billion, but subsequent estimates are difficult.

In addition to high-profile startup acquisitions like Neutrino and Blockspring, Coinbase Custody bought Xapo’s custody service in August, putting the value of Coinbase’s total assets under custody at $7 billion. At the time, the firm said this made them the largest crypto custodian in the world.

Similarly looking to make crypto more accessible to more people, Coinbase launched a Visa debit card linked to crypto early in April, which it subsequently expanded across Europe in April.

In his own broader summary of the past decade in crypto, Armstrong gave his version of the major events, putting Coinbase’s survival as a firm second to Bitcoin’s resilience since 2010. This was through a time when high-profile attacks on crypto exchanges like Mt. Gox left many skeptical that the entire business model of a crypto exchange was feasible, given the ingenuity of hackers.

Describing the central achievement of Coinbase over the past decade, Armstrong said:

“We made cryptocurrency easier to use in the process and introduced tens of millions of new people to this new technology.”

The cryptosphere at large

Armstrong’s outlook on the past 10 years contained insights that extended beyond Coinbase. It’s clear from the topics he outlined in the blog post that the crypto billionaire has his eyes on the transformation of crypto into a fully compliant industry, capable of coping with traditional institutions and regulators.

And why not? There’s money in it, or at least Armstrong says there is. In August, he estimated Coinbase’s revenue from institutions, saying, “We’re seeing $200–400M a week in new crypto deposits come in from institutional customers.”

But beyond strictly a money-grab, Armstrong is clearly focused on the long-term value of making crypto accessible and relatively stable. For Coinbase, this meant an early flirtation with governments. Armstrong wrote:

“The decade started off with cryptocurrency being totally unregulated. Coinbase was (as far as I know) the first crypto company to really take regulation seriously because we felt it would increase adoption long term. We started applying for money transmitter licenses in the U.S. starting around 2013.”

In addition to somewhat gleefully noting the role of former Coinbase employees in establishing the three major crypto-first venture capital firms, Paradigm, Polychain and A16z Crypto, Armstrong clearly framed the past decade as a process of mainstreaming crypto. Mass adoption seems to be a central point in his thinking.

Coinbase’s brand has extended far beyond its original business of exchanging crypto. In addition to its expanded roster of businesses, the firm’s involvement in lobbying and compliance is always on the rise. Jan. 16 saw major additions to the exchange’s Crypto Ratings Council, which provides ratings on digital tokens to advise whether they qualify as securities — a classification that makes their issuers subject to regulation by the Securities and Exchange Commission.

In an “ask me anything” livestream on YouTube in July, Armstrong explained that his vision for Coinbase is for the firm to move beyond crypto trading, instead offering broader support to advance mass mainstream adoption. What exactly that looks like remains to be seen, but further engagement on both the policy and institutional fronts seems likely.

What to look forward to

On Jan. 3, Coinbase published a follow-up to Armstrong’s rundown of the 2010s in crypto. This time, the blog was looking forward to the next decade.

Armstrong foresees not just greater adoption of crypto, but that such adoption will be strongest in the developing world: “In particular, countries with high inflation rates and large remittance markets where crypto can really shine.”

Perhaps more controversially, Armstrong predicted increasing privacy integration into major blockchains. Privacy coins like Monero and Dash have fallen under particular scrutiny from regulators, who see such capabilities as a mechanism for crime and illicit financing.

Whatever the future brings for crypto, Coinbase and Brian Armstrong look set to play major roles in shaping the industry to come.

Brian Armstrong is ranked #6 in the first-ever Cointelegraph Top 100 in crypto and blockchain.