Fuzzy.One
Home News Blockchain News A TON of Challenges: Resistance Is Nothing New to Pavel Durov 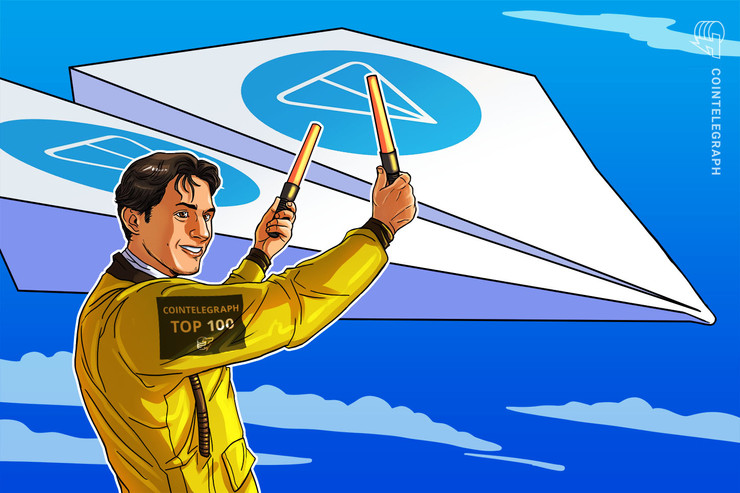 The serial entrepreneur announced and made moves to release the Telegram Open Network, or TON — the blockchain associated with his Telegram messaging app. The idea of TON is to allow users to go beyond simply sending messages and emojis to each other, by using the app’s underlying infrastructure to transact a cryptocurrency called Gram in a completely trustless and secure manner.

But the United States Securities and Exchange Commission had other plans for the launch of Telegram’s new blockchain product, filing an emergency restraining order in October in an effort to halt the initial coin offering after it raised $1.7 billion in an unregistered sale.

“Our emergency action today is intended to prevent Telegram from flooding the U.S. markets with digital tokens that we allege were unlawfully sold,” said SEC Division of Enforcement co-director Stephanie Avakian at the time. “We allege that the defendants have failed to provide investors with information regarding Grams and Telegram’s business operations, financial condition, risk factors, and management that the securities laws require.”

But it would appear that this wasn’t enough for Telegram to properly hit the brakes on its ICO — the SEC managed to dig up evidence that token sales continued after that. Now, Telegram joins large entities like Facebook who want to make meaningful plays in crypto but are being held back at the shirttail by regulators and enforcers. Telegram boasts some 200 million users around the world, and the TON blockchain would give them a token-enabled economy to participate in online. But the U.S. government considers this illegal.

Durov gave a deposition in Dubai on the matter in early January, a full transcript of which is available online. While his project seems to be suffering at the hands of regulators and other powers that be, this embattled state is just a reflection and callback to his earlier career at VK, the Facebook-like social network that took Russia and Eastern Europe by storm.

Durov is no stranger to controversy, especially when it comes to his native Russian government. When the Kremlin wanted access to VK user data to identify protestors in 2014, that was enough for him to sell his remaining stake in the company and flee the country. Durov and his brother had already launched Telegram in mid-2013, so they simply began focusing on that.

Telegram attracted controversy before there was ever any mention of it having an associated blockchain for payments and transacting. The app depends on encryption and highly secure technologies in order to prevent third parties from monitoring or blocking conversations. As such, it became a choice app for ISIS fighters and propagandists. The addition of a blockchain system didn’t really do the company any favors in the eyes of regulators and other authorities.

Sources suggest that TON has been ready for launch for some time. Fresh off the heels of a presale in March 2018, Durov and his brother indicated their preparedness to launch that autumn, but it so far isn’t happening. The SEC’s injunction against Telegram only doubles down on that delay. Purchase agreements for the Gram token sale stipulated that if the network failed to launch by October, token investors would be eligible for a refund following a vote. It’s been a year marked by bureaucracy and hindered progress for Durov.

Yes, TON is operational in private testing mode and reportedly exhibiting “extremely high transaction speeds,” but this is not where the company expected to be by now. Durov and team had designs to be operating a robust blockchain for a couple hundred million users by now. Instead, they are eyeballs-deep in regulatory muck, trying to clean it up so that they can move forward as planned.

We’ll see if they can extricate themselves from a legal puzzle created by an SEC that seems increasingly motivated to make an example out of TON. If anything, the resistance is probably more galvanizing to Durov than anything else. If 2019 was the year that all TON’s problems came crashing down, perhaps 2020 is the year that the project actually sees launch and successful operation. Durov got his entrepreneurial start in Russia, and has significant experience handling business pressure and hardship at the hands of the government there. TON’s present-day difficulties just seem like a slightly different version of that same drama from the past.

Durov exhibits certain mindfulness practices — he meditates, doesn’t eat meat, and keeps a consistently cool demeanor in public. These days, his difficulties are with financial regulators instead of Russian government leaders, and while he’ll show up to every meeting required of him, he’ll probably do it with a cool head and a soft voice. This founder knows too well what it’s like to operate a company facing resistance, so we don’t expect to see him hanging up any hats just yet.

Pavel Durov is ranked #4 in the first-ever Cointelegraph Top 100 in crypto and blockchain.