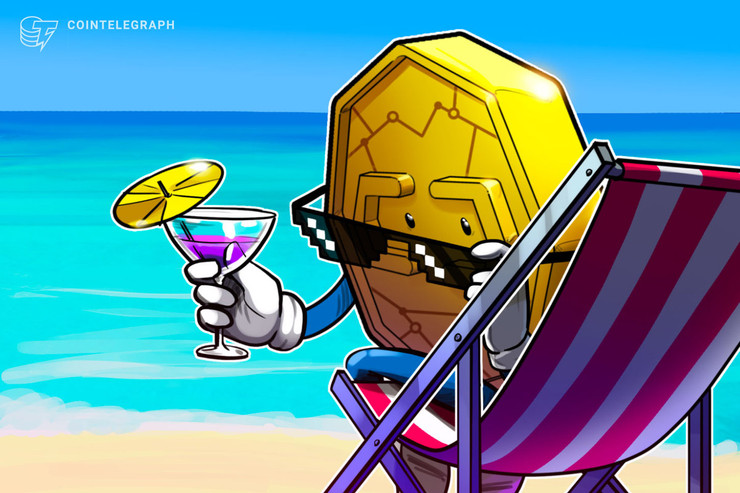 While major industry actors argue that central bank digital currencies (CBDC) are years or decades ahead, the Bahamas plan to adopt a CBDC no later than 2020.

John Rolle, the governor of the Central Bank of the Bahamas (CBOB), has reportedly confirmed that the Bahamian digital dollar initiative will be introduced across all islands in the second half of 2020.

Bahamas has already launched a pilot in the Exuma region

According to a Feb. 13 report by local publication The Tribune, Rolle has presented the plan addressing a Bahamas Chamber of Commerce and Employers Confederation on the initiative, which is called Project Sand Dollar.

In fact, the Bahamas already rolled out the pilot project on the island of Exuma in December. As such, the CBOB governor declared that the pilot will be extended to the Abaco region, which originally was the first choice for the digital currency pilot. Rolle explained that the CBOB decided to start with Exuma:

“Abaco actually was the first choice for the digital currency pilot. […] But we felt that what was missing from Abaco was that the financial inclusion, or financial access issue, wasn’t as stark in the sense of all of the banks being present. But in terms of ecosystem, it would have been just as rich.”

According to the report, the Bahaman central bank is still in the process of enrolling all of the 1,200 people who signed up for the pilot in Exuma. At least 2,000 people have also expressed interest in participating in the initiative in the region, the report notes.

In the report, the governor emphasized that the upcoming Bahamian dollar will be nothing more than just a digital representation of the country’s fiat currency, the Bahamian dollar (BSD). Rolle stressed:

“We’re looking at a digital representation of our currency. It’s not a different currency; it’s the same currency. In law, it will never be different. It can’t differ in value in any way or the other so Sand Dollars can never be priced different from Bahamian dollars.”

The governor noted that the Sand Dollar is originally targeting domestic use only. However, it’s also possible that it could be linked with a foreign currency, Rolle reportedly said. The official explained that this could be done only in case there’s an “explicit buying and selling of foreign exchange.”

The CBOB governor also noted that the Bahamas “might be a little bit ahead of some countries” in terms of the timeline. Rolle said:

“We’re not going to get to the rest of the Bahamas until the second half of the year, and that is predicated on certain things like during the pilot looking at a lot more issues around the technology infrastructure, making sure that the legal framework is more elaborated around regulations etc, and spending some time dealing with a lot of the cyber issues.”